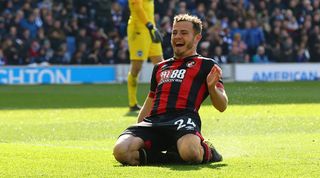 The Scotland international enjoyed a superb season for the Cherries, providing 14 Premier League assists in 2018/19, a tally only bettered by Chelsea star Eden Hazard.

Arsenal have been regularly linked with a move for the 25-year-old and The Independent claims that they will make a move after their clash with Chelsea in Baku on 29 May.

Fraser is coming into the final year of his contract at the Vitality Stadium and talks over an extension have stalled, leaving the Gunners in prime position to get their man.

Bournemouth are ready to accept that they would rather cash in on their asset now than lose him on a free transfer in a year’s time.

Eddie Howe’s side are said to want a fee of around £30 million, especially given that Aberdeen will take a 20 per cent cut thanks to a clause installed into the deal that took the Scot to the south of England from Pittodrie in 2013.

The Gunners hope to secure Fraser’s signature for less than that, but their chances of signing the player look good as Premier League rivals United will not rival them for the forward.

Liverpool could provide competition, having scouted Fraser throughout the season, but unlike the north London club they won’t be able to assure him of regular first-team football.

Fraser, who previously admitted he found interest from Arsenal “very nice”, will be expected to compete with Alex Iwobi for a starting spot in Unai Emery’s team.