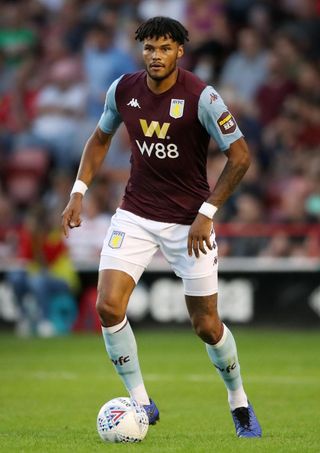 The defender has earned a maiden selection for the Three Lions’ Euro 2020 qualifiers against Bulgaria and Kosovo next month.

Villa paid Bournemouth and initial £20million for Mings – rising to £26.5million – to make Mings’ loan permanent in the summer.

But with Manchester United shelling out £80millon for Harry Maguire and £50million for Aaron Wan-Bissaka, Smith feels the 26-year-old was a steal.

He said: “I thought it was a tough one to pay but one well worth paying. When you look at the market after that and what some teams have paid it looks a snip, that’s for sure.

“Bournemouth knew we wanted to sign him, they knew he wanted to come so they could drive a hard bargain.

“At the time I thought we were paying over the odds but it was a deal worth doing because we wanted him so badly. We knew what a player he could become.

“There aren’t many left footed centre-backs in England who are better. He came in here at the end of January and his performances have been very consistent.

“The questions which get asked about being in the Championship and the Premier League, the difference, he has answered those with his performances.”

Mings helped Villa to promotion, winning the Sky Bet Championship play-offs, last season and Smith has challenged him to establish himself with the national team.

He said: “It’s down to him to continue the development he has already has.

“He wants to get better and is constantly asking me and JT (John Terry) to look at his clips and what he can do better.

“He has got to establish himself as an England player, it’ll be a great boost for him and it’s well deserved but then it’s the next stage – go and show them how good you are.”

Mings has made just 13 Premier League starts in his career but has impressed at Villa having worked closely with former England skipper Terry, the club’s assistant head coach.

“He has a tight relationship with all defenders and he works closely with them, little details to help them,” Smith added.