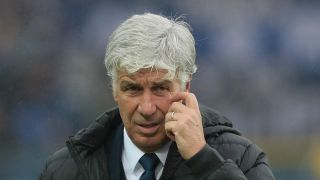 Gennaro Gattuso remains under pressure at San Siro despite improved results pushing the Rossoneri into contention for Champions League qualification.

Former Juventus and Italy coach Antonio Conte is among the managers linked with Milan, while Arsene Wenger denied he was set to take over after reports emerged regarding the ex-Arsenal boss.

And after Italian media claimed Gasperini was sounded out about joining Milan for the 2019-20 season, Atalanta said their coach would be staying put.

"There's nothing and these rumours are unfounded," Percassi said in a statement released to ANSA.

"During the international break they need to write something, but at the moment the transfer market is the last thing on our minds."

Atalanta have won four Serie A games in a row and sit eighth in the table, three points behind fifth-placed Milan.