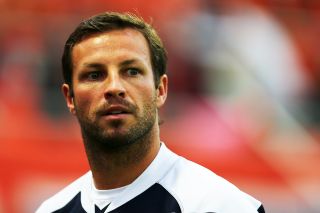 Having moved to the Asian confederation in 2006, the awarding of the event - the 16th edition in its history - is a big thing for Neill and he anticipates the fans will relish the occasion.

Australia were the sole bidder to host the 23-day tournament that will see games played in five different cities - Sydney, Melbourne, Brisbane, Canberra and Newcastle - with the final in Sydney on January 31.

As well as the hosts, three other teams have qualified for the competition - Japan, South Korea Republic and North Korea - with the other 12 places still up for grabs.

Neill - who has been appointed captain ambassador for the tournament - believes it will be a momentous occasion for the country to host such an event.

"I have long dreamed of a football event this big coming to Australian shores," he said.

"I am passionate about growing the game in Australia and the Asian Cup is a great opportunity for fans to see world-class football right in their backyard."

Graham Annesley - minister for sport in New South Wales - agreed with Neill's comments and added he expects the tournament to boost sporting and business links with neighbouring nations.

"The Asian Cup is a critical opportunity to build partnerships and social relationships through football," he said.

"It is an outstanding chance to strengthen cultural, social, diplomatic and economic ties with Asia.

"I am very confident the tournament will open doors for business, tourism and also create new community connections."