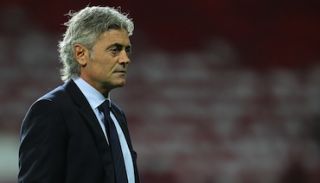 "Franco is extremely well respected in the industry, possessing an extensive knowledge of players around the world," chairman Daniel Levy told the Spurs website.

"He will strengthen our football management team, particularly in the field of recruitment, working closely with [manager] Andre Villas-Boas and [technical co-ordinator] Tim Sherwood across all levels on the playing side."

Baldini, who left his post as AS Roma's general director earlier this month, played for Bologna, Bari and Pescara and was Fabio Capello's assistant when the Italian was England manager.

The 52-year-old was also sporting director at Real Madrid.