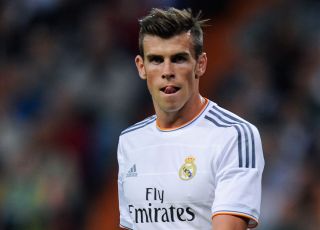 Bale has played just three times for Real since his move from Tottenham last month due to ongoing fitness problems.

Reports have indicated that the Wales international is suffering from a slipped disc in his back.

However, Ancelotti has been quick to dismiss those suggestions, and plans to involve the 24-year-old in their clash with Bernd Schuster's men at the Bernabeu.

"Bale does not have a problem - it is just that he did not do a good pre-season and is not fully fit," Ancelotti said.

"If he had a slipped disc he could not have played over 100 games in the last four seasons.

"I have three 'protrusions' in my back, and I have never had a problem with that in my career. It is normal - many players have it without it affecting their performance.

"His problem is just the pre-season, he arrived without good condition, but he is training well and he is available, maybe for the full game or part of the game. I want to give him some minutes tomorrow as he needs to play."

Goalkeeper Iker Casillas is expected to be among the substitutes on Saturday, as Diego Lopez continues to be preferred by Ancelotti.

Casillas has raised the possibility of leaving Real if his exile from the starting XI goes on, but the former Milan, Chelsea and Paris Saint-Germain boss is eager to avoid that scenario.

"Although he does not play all the games, he is acting like a captain. I hope he remains here with us as he is a very important player for the atmosphere (within the squad).

"We need to speak with Iker, because it is good to talk and understand what is happening. But that is a private conversation, he has said nothing to me personally."