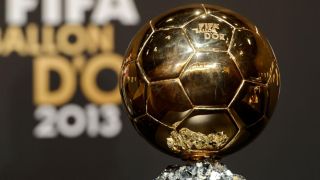 The winner of the 2015 Ballon d'Or will be announced on Monday, with Lionel Messi, Cristiano Ronaldo and Neymar vying for the award.

But who are the young players best placed to be in the running for the honour in years to come? Here we break down the likely future contenders for football's most prestigious individual prize.

The Belgium playmaker enjoyed a stellar 2015. After helping Wolfsburg secure Champions League qualification, De Bruyne joined Premier League side Manchester City in a club-record move and he has already gone some way to justifying his hefty price tag. With five goals and eight assists in the Premier League, De Bruyne is already an integral part of the City side and, if he can help them to the title and inspire his country to Euro 2016 glory, the 24-year-old could be one of those present at next year's ceremony.

While some may have questioned Thiago Alcantara's decision to trade Catalonia for Bavaria in 2013 when he left Barcelona, the diminutive Spain midfielder is gradually establishing himself as a key player for Bayern Munich. Injuries have hampered his club and international aspirations but the 24-year-old already has seven assists this season and, if selected in the Spain squad for Euro 2016, he will have the perfect platform to announce himself on the world stage.

Arguably the most in-demand player in the world game, Pogba has been pivotal to Juventus' rise back to the top of Italian football. The France midfielder has won three Serie A titles with the Turin giants and reached the Champions League final last season, with Juve only denied a treble-winning campaign by an unstoppable Barcelona team. Combative, dynamic and with an eye for goal, perhaps the most impressive thing about Pogba is that he is only 22 and has plenty of time to get even better. A winner of the 2013 Golden Boy award, a successful Euros with hosts France could cement Pogba's status as one of the world's best.

Another member of an exciting new generation of French footballers, Atletico Madrid forward Antoine Griezmann is a player who continues to make huge strides each season. His debut campaign after leaving Real Sociedad for Atletico was an emphatic success as Griezmann netted 25 goals in all competitions. He already has 13 for an Atletico side that is challenging for the Liga title again this term and, with his electric pace and finishing ability, Griezmann has all the tools to help Atletico and France succeed and catapult himself into contention for the 2016 Ballon d'Or.

Bayern Munich added to their embarrassment of riches in the close-season by bringing in Brazil winger Douglas Costa from Shakhtar Donetsk and he has slotted in effortlessly at the Allianz Arena. Voted as the Bundesliga's best outfield player by Kicker, Costa has 12 assists to his name in the league - with Bayern once again coasting towards the title - and has a further two in the Champions League. The challenge for Costa, who has scored five goals in all competitions, will be to push Bayern to European success and help Brazil win the Copa America for the first time in nine years at the Copa America Centenario. He will have a strong case to be in the Ballon d'Or running if he can do so.