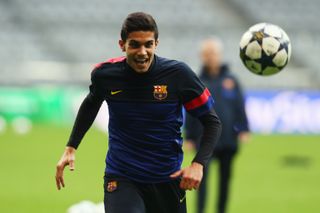 The 23-year-old, whose current deal was due to expire on June 30 this year, will put pen to paper "in the coming weeks", a statement on the Liga champions' website confirmed.

"The termination clause of the new contract is 25 million euros," it continued.

Bartra has made 14 appearances for Gerardo Martino's men this season - just two fewer than the whole of last term.

Earlier this month, the defender spoke of his pleasure at featuring in Barca side more frequently, telling the club's official website he was "starting to feel important" and "more a part of the team".

Bartra, a product of Barca's renowned youth set-up, made his senior debut for the club in February 2010 and was handed his first international cap with Spain in last November's friendly victory over Equatorial Guinea.