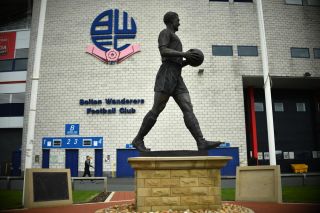 Bolton’s financial crisis shows no sign of abating after the club said the proposed sale to Laurence Bassini was off.

The EFL recently extended the deadline for the former Watford chairman to take over the club amid a chaotic time for Wanderers.

Unpaid players went on strike, forcing the postponement of last weekend’s Sky Bet Championship clash with Brentford, and Bassini will no longer be the saviour.

“Following the request from Mr Bassini to allow him a further 48 hours to complete his funding package and present this to the EFL, we can now confirm that no subsequent meeting took place and nothing further has been presented for the board of the EFL to consider,” the club said.

“Given the urgency of the situation, which has been expressed to Mr Bassini, we now consider his approach for the club at an end and no further discussions will be entered into on the matter with him.”

Bolton added that embattled owner Ken Anderson would now “consult with his professional advisors and consider the best course of action as a matter of urgency”.

Earlier in the day, the EFL said the Brentford game would be played on May 7, after the announcement on Wednesday that the players were available for Sunday’s clash with Nottingham Forest.

And now Bolton, already relegated to League One, will face Brentford on Tuesday, two days after the regular Championship season ends.

However, in the event of the club entering administration they will not have to fulfil their final fixture.

An EFL statement read: “The EFL board has determined that Bolton Wanderers’ suspended Sky Bet Championship fixture with Brentford is to be played on Tuesday 7 May, 2019 and the club (Bolton) has been instructed to make the necessary arrangements.

“As previously advised, EFL regulations provide that any League match can be played within four days of the end of the normal playing season (Sunday 5 May, 2019).

“The board also discussed the potential of Bolton Wanderers being placed into administration and took the view if that was to happen, the EFL would not insist the game be played.

“The rationale for adopting that approach is that it is the board’s view that any administrator should be allowed to concentrate their efforts and available funding on finding a purchaser for the club, rather than staging the fixture in these unprecedented circumstances.

“The EFL is also aware that the club’s safety advisory group (SAG) is due to meet tomorrow and we would advise all supporters to wait until the details for the game are confirmed by the Club before making any travel arrangements.”