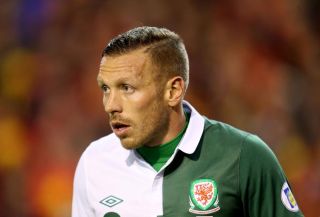 Craig Bellamy has spoken about the “incredibly difficult time” he went through while under investigation for bullying and xenophobic behaviour and admits it has led to a period of self-reflection.

Bellamy’s former club Cardiff said this week that academy players faced an “unacceptable coaching environment” at the club following an investigation into the behaviour of the ex-Wales captain and others.

The 40-year-old stepped down from his position as Under-18s coach in January while Cardiff conducted their investigation. Bellamy then signed a three-year deal in June to become the U21s coach at Belgian club Anderlecht.

“Cardiff City FC conducted a long and extensive independent investigation into allegations made against the club, members of its staff past and present and against me,” Bellamy said in a statement released to the PA news agency on Friday afternoon.

“The investigation, I understand, covered a lengthy period of time including long periods when I was neither involved with the academy nor the club.

“The last 10 months have been an incredibly difficult time for me and particularly for my family. The allegations of bullying and xenophobic behaviour made against me were difficult for me to come to terms with as I deplore bullying and any form of discrimination.

“Until now, I have been unable to comment, however, I am very relieved that the matter has finally concluded.

“I co-operated at all times with the investigation and answered every question that was asked of me. I voluntarily removed myself from the academy to allow the club to carry out the full and robust investigation.

“I am not the subject of any disciplinary proceedings which, of course, comes as an immense relief to me.

“Whilst I have always categorically denied and disputed the allegations against me, the whole process was still very difficult to deal with and has resulted in a long period of self-reflection.”

The internal investigation, which was conducted by Cardiff’s head of safeguarding and overseen by a senior board member, highlighted “a number of significant concerns” at the Sky Bet Championship club.

The club has promised that robust changes to procedures have already been implemented and that awareness of these issues will be reinforced for the protection of young Cardiff players.

Bellamy said in his statement that self-improvement, both as a player and coach, had always been his aim and that his love for coaching has not been diluted as a result of this episode.

But the former Liverpool and Newcastle star added: “I accept the report highlighted aspects of my coaching skills that could perhaps be improved.

“I have probably relied too much on my own life experiences playing under some of the best coaches in the world, rather than assessing the sensitivities of a new generation of players.

“My only aim was to produce winners and if I upset any young players or their parents, or if I was insensitive in any way towards their feelings, then that was never my intention. If I inadvertently offended anyone then I am truly sorry.

“My job is to develop promising young players and to build a winning team, ensuring that the young players reach the very pinnacle of their abilities.

“I will continue to work hard as a coach and commit to undertake any recommended additional training. I will strive for continuous personal improvement and development to ensure I become the best coach that I can be.”

Bellamy said he was grateful for the support he had received in recent months, including that from Cardiff and Anderlecht.

“The support that I received was the only reason that I decided to carry on in football and as a coach,” he said.

“My focus now is to continue in the job and the sport that I love.”