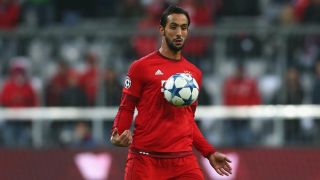 Medhi Benatia says Bayern Munich do not fear Juventus ahead of their showdown with the Italian giants in the last 16 of the Champions League.

Bayern will play Italian champions Juve over two legs next month, and defender Benatia is relishing the tie.

"We're not afraid of Juventus", he said. "It is true; it will be a tough challenge - very difficult indeed.

"We respect Juventus, the Bianconeri can be frightening - especially at home - but we do not fear them."

Benatia arrived at the Allianz Arena from Roma in August 2014, and has been linked with a move back to Serie A.

He added: "In football, anything can happen."