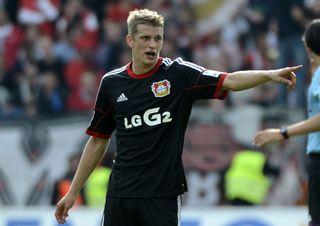 The midfielder arrived at the BayArena in 2009 and has since made 151 appearances in all competitions, while also having his form recognised with a call-up to the Germany national team.

The 24-year-old has started seven Bundesliga matches this season under Sami Hyypia, helping Leverkusen into third place in the table, just a point behind leaders Bayern Munich.

His deal was due to expire at the end of the 2016-17 season, but he has committed his long-term future to the club after being impressed with the improvements they have made.

"Bayer Leverkusen has evolved in recent years into something very positive," he told the club's official website.

"Our team is strong and has the potential to be even better. I want to be part of this story and make my contribution as we try and permanently establish ourselves in the top group.

"Bayer has become for me a great passion. I feel part of this club and just feeling that gives me great pleasure to play here."

Bender has picked up 15 caps under Joachim Low and scored four goals, while his last appearance for the national team came in their 3-3 draw with Paraguay in August.