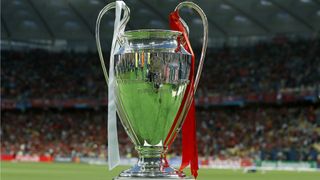 Benfica will face 19-time Turkish champions Fenerbahce in the marquee tie of the Champions League third round qualifying round.

Runners-up in the Primeira Liga last season, Benfica are looking to reach the group stage for the ninth consecutive season, while Fenerbahce will hope to make their first appearance in 10 years.

It will be the first time the two teams have met since Benfica defeated Fenerbahce over two legs to reach the Europa League final in 2013.

Ajax, who finished second behind PSV in the Eredivisie in 2017-18, face a tricky tie with Standard Liege, while Red Bull Salzburg, semi-finalists in last season's Europa League, face either Macedonia's Shkendija or Moldovan champions Sheriff.

Scottish champions Celtic will meet AEK Athens if they get through their second-round tie with Norway's Rosenborg.

All first legs will be played on August 7/8, with return fixtures contested on August 14.