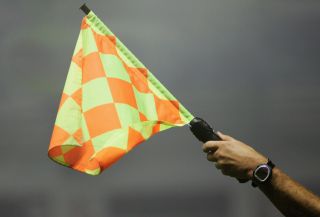 While Bolivar remain top of the Bolivian league on goal difference, their loss away to Club Universitario allowed San Jose to join them on 31 points after a draw away to Oriente Petrolero.

Oriente Petrolero led San Jose from the ninth minute of their game on Sunday following Pablo de Muner's goal but Carlos Saucedo struck with 16 minutes remaining to ensure the visitors went home with a point and increased the pressure on Bolivar.

Saucedo's goal was his 12th of the Apertura campaign and saw him draw level with team-mate Marcelo Gomes at the top of the league goal-scoring charts.

The Strongest, who sit third, moved within a point of the leading two clubs with a 2-0 victory over Nacional Potosi but the reigning Apertura champions left it late to secure the three points.

Enrique Parada notched the opening goal for The Strongest in the 88th minute before Daniel Chavez wrapped up the victory in second-half stoppage time.

A ninth-minute strike from Juan Miguel Callejon saw Bolivar lead at half-time but Saucedo equalised immediately after the break and then completed Universitario's comeback with 14 minutes left.

Wilstermann could have moved up to 30 points too but were stunned 1-0 at home by Blooming, who sit second last on the table.