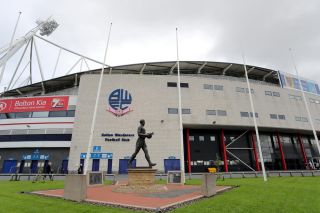 The EFL has failed in a bid to impose a harsher penalty on Bolton over the failure to fulfil two fixtures.

The league appealed against the original sanction of a five-point deduction suspended for 18 months and a fine imposed on the League One club for failure to play a Championship match against Brentford in the 2018-19 season and a League One clash with Doncaster which had been due to take place on August 20 last year.

However, the EFL announced on Tuesday that an arbitration panel had upheld the original decision of the disciplinary commission – a move welcomed by the club, who were on the brink of financial collapse over the summer before a takeover.

Bolton chairman Sharon Brittan said: “We are pleased that this decision brings to an end the uncertainty regarding the original conclusion of the disciplinary Commission.

“The case was one of the major legacy issues we inherited at the club and we welcome the opportunity to be able to move forward.

“Our attention can now be completely focused on the pitch as we strive to retain our status in Sky Bet League One.

“We are under no illusions that this will be a difficult task. That’s why it is so important to us that the fans, who have been phenomenal so far this season, continue to get behind (manager) Keith (Hill) and the team for the remainder of the campaign.

“Despite the restrictions imposed on the club, the management are working around the clock to strengthen the squad to fight for every point available.”

The EFL, which in November had declared the punishment “too lenient”, said it was disappointed by the panel’s decision, but respected it.

The league’s statement added: “Discussions will now continue with EFL clubs to formalise a scale of sporting sanctions for breaches of relevant EFL regulations, relating to non-payment of debts and non-fulfilment of fixtures, in future.”