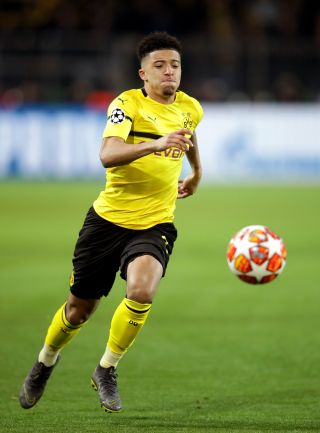 Borussia Dortmund have continued their Jadon Sancho defensive with head of professional football Sebastian Kehl declaring his happiness that the winger is staying.

The 20-year-old England international is Manchester United’s primary summer target but Monday’s deadline for a deal set by the Bundesliga club passed without any kind of negotiation or resolution.

That prompted sporting director Michael Zorc to declare: “We are planning around Jadon. He will be a BVB player next season.”

You love to see it 😁 pic.twitter.com/RK0rFmngyt— Borussia Dortmund (@BlackYellow) August 10, 2020

Kehl has backed up that statement when asked in an interview with Sport Informations Dienst in Germany about Sancho staying at the club.

“We can all be happy. Jadon scored 17 goals and assisted 17 in the last Bundesliga season – and he can improve even further too,” he said.

“He enriches this team. We need players who make the difference.

“Unfortunately, we’re currently missing Marco Reus, and we lost Achraf Hakimi, but apart from him, we’ve kept the team together. That was an important goal this summer.”