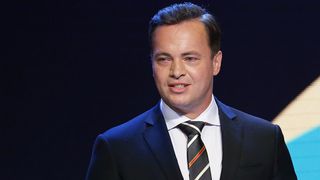 Bosnich hit the rear wheel of a 38-year-old cyclist's bike on May 21, 2014, after an argument about the latter's position on the road, according to the police fact sheet.

After falling off his bike, the cyclist was taken to hospital with minor injuries.

According to reports in the Australian media, the Downing Centre Local Court in Sydney was told that Bosnich rolled down his window before the collision to tell the cyclist: "Champion, you gotta pull a little to the left, you can't keep to the middle of the road."

After Bosnich moved ahead, the cyclist eventually caught up again and hit the passenger-side mirror, causing it to fall out.

Bosnich, 43, then drove into the back wheel of the cyclist, before stopping to talk to him.

The football pundit, who played 179 Premier League matches for Villa, plus 23 for Manchester United, as well as 17 internationals for Australia, will be sentenced on June 9.