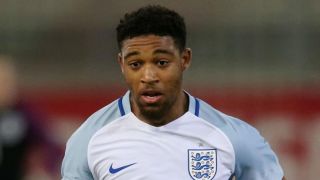 AFC Bournemouth have completed the transfer of Jordon Ibe from Liverpool for a fee believed to be in the region of £15 million.

The 20-year-old winger has signed a four-year deal as he aims to relaunch his career after failing to win over Jurgen Klopp at Anfield.

The England Under-21 international made 42 appearances for Liverpool in all competitions last season, but was no longer part of Klopp's plans.

Ibe becomes Bournemouth's fifth signing ahead of the 2016-17 campaign after the arrivals of Emerson Hyndman, Lys Mousset, Lewis Cook and Nathan Ake (on loan from Chelsea).

"He played plenty of football with Liverpool last season and we’re looking forward to seeing him to continue to grow now with us, he's a huge prospect. "We've now signed five players this summer, all of whom have an abundance of potential.

"It shows that we're serious about nurturing talent at this football club and we have the long term in mind when we say we want to stay in the Premier League."

Ibe is the second player to leave Liverpool on Thursday after Martin Skrtel joined Fenerbahce.