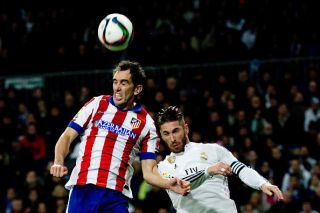 Real Madrid and Atletico Madrid have been banned from registering new players in the next two complete transfer windows, FIFA has announced.

The sanction was handed down by the governing body's Disciplinary Committee as a consequence of breaches "relating to the international transfer and registration of players under the age of 18".

A similar punishment was applied to Barcelona in April 2014, although the various appeals meant it did not apply to the Catalan club until the windows in January 2015 and the following off-season.

A FIFA statement read: "The two clubs were found to have violated several provisions concerning the international transfer and first registration of minor players as well as other relevant provisions with regard to the registration and participation of certain players in competitions.

"Both clubs are to serve a transfer ban that prevents them from registering any players at national and international level for the next two complete and consecutive registration periods for breaching articles 5, 9, 19 and 19bis as well as annexes 2 and 3 of the Regulations on the Status and Transfer of Players (the "Regulations").

"The transfer ban, which does not affect the current registration period at all, given that it opened before the decisions were notified, applies to each club as a whole – with the exception of the women's, futsal and beach soccer teams – and does not prevent the release of players.

"Additionally, Atletico Madrid and Real Madrid have been fined CHF 900,000 and CHF 360,000 respectively, while both clubs have been issued with a reprimand and given 90 days in which to regularise the situation of all minor players concerned."

FIFA's investigation concerned minor players "who were involved and participated in competitions with the clubs over various periods between 2007 and 2014 (Atletico Madrid) and between 2005 and 2014 (Real Madrid)".

The statement continued: "FIFA works hard to protect the rights of players under the age of 18 – whether male or female, amateur or professional.

"This is done through the enforcement of regulations prohibiting the international transfer of minors, or the first registration of minors in a country other than their own, except in specific circumstances (cf. art. 19 of the Regulations) that must be approved by the sub-committee appointed by the Players' Status Committee.

"As such, the provisions relating to the protection of minors need to be strictly applied."