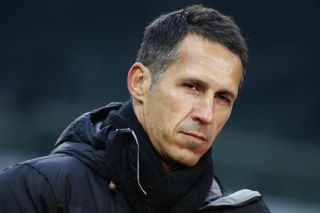 The Bundesliga outfit have struggled for form this season and have rarely made it out of the league's lower reaches, but they almost certainly secured their safety with Saturday's 3-1 win over Hoffenheim.

However, Bremen will go a fourth successive season without European football next term, and Eichin insists there is little room in the budget for big-money transfers.

"We will have to try to incorporate young players and to do more creative transfers," he told Weser Kurier. "We will not be able to make five- or six-million transfers as in the past. We need to develop quality again."

Among the quality already in Bremen's possession is midfielder Eljero Elia, but Eichin has no intention of selling the Dutchman to raise funds.

"Eljero is important to us," he continued. "Eljero is much, much better in my team than not in my team."

And Eichin was equally keen to hang on to centre-back Sebastian Prodl.

"Sebastian Prodl has had a very, very good season," he added. "If we want to play a better role in the future, I need some depth and competition in the squad.

"Because it is better for me to have four strong central defenders in the squad than three."