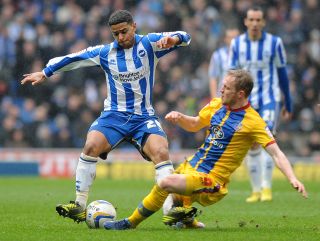 Former Brighton manager Gus Poyet has handed the 24-year-old a three-and-a-half-year deal at the Stadium of Light after bringing to an end weeks of speculation surrounding Bridcutt.

The Scotland international had a transfer request rejected by the Championship club earlier this month, but has now made the move to the Premier League.

Bridcutt is Sunderland's fifth signing of the January transfer window as Poyet battles to safeguard the club's top-flight status.

Having started his career as a trainee at Chelsea, Bridcutt joined Brighton in 2010 and made 150 appearances for the south-coast club, helping them clinch promotion from League One in his first season.

He was twice named as Brighton's player of the year.