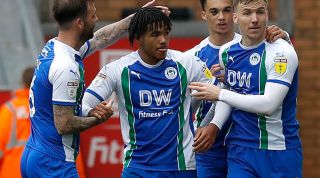 James, who is currently on loan at Championship side Wigan Athletic, is highly rated as an England U20 star and was named in the division's official team of the season.

The 19-year-old is a top target for Brighton's new talent scout Dan Ashworth, according to the Sun.

Chelsea, however, appear keen to keep the player after his impressive loan spell and their own transfer ban which makes it illegal for them to sign new players for the meantime.

Wigan manager Paul Cook has hailed James, saying: "I’m sure he will go on to have an outstanding football career, and we’re very lucky to have had him for this period to allow him to grow."

Crystal Palace were also thought to be interested in signing James if Aaron Wan-Bissaka were to leave this summer.

Ranked! The 10 best Championship teams EVER, by points total

The 8 most disappointing Premier League players of 2018/19