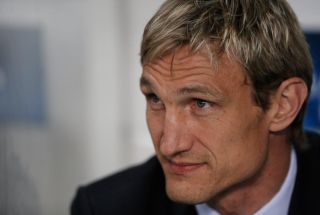 The Dutch midfielder has penned a three-year deal with Brighton after his contract with ADO Den Haag expired.

Former Groningen man Holla has already linked up with his new team-mates ahead of Brighton's Championship clash at Leeds United on Tuesday.

Holla has over 200 appearances and 39 goals to his name in Dutch football and Brighton manager Sami Hyypia is confident he can be a useful addition.

"Danny is a player who has plenty of top-flight experience in Holland with more than 200 senior appearances, and that experience is something we need," Hyypia told the club's official website.

"He is a deep-lying midfielder and the scouting reports I have seen on him show he likes to get on the ball, pass it and dictate the play – and I hope he can bring that to the team.

"He's not been with a club during pre-season, so we will need to assess where is in terms of his match fitness, but hopefully we can get him up to speed and ready to go."