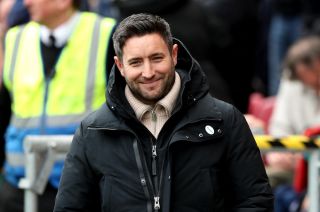 Lee Johnson has called for more transparency in club finances after his side lost out on a Sky Bet Championship play-off place on the final day of the season.

Following Bristol City’s 1-1 draw against Hull at the KCOM Stadium, Johnson called for more regular checks on what clubs are spending under the profitability and sustainability rules.

And Johnson said: “Whatever the rules are the rules should be administered properly and everybody should have live finances.

“Maybe every couple of months so everybody can see everybody is on track.”

Johnson has been linked with becoming the next permanent manager of West Brom but made it clear he is happy to stay where he is.

Asked about the speculation, he said: “Bristol City is a fantastic club, this is my team, my club if you like, and I’m solely focused on driving it forward.”

Jackson Irvine put the Tigers in front but Josh Brownhill headed in a late equaliser, although home defender Markus Henriksen might have got the final touch.

On the final-day disappointment, Johnson added: “It’s been 46 games and we just fell short. I think it’s been a good progression again from a wonderful football club.

“Nobody fancied us at the start of the season and we’ve taken it to the last game. I was getting updated with results but we still wanted to win the game.

“That leaves us looking at next season, taking all the positives and hopefully taking it one step forward next season.”

Hull head coach Nigel Adkins does not know if he will be in charge next season with his contract expiring next month. With 12 players out of contract, their futures at the club remain unresolved.

Adkins said: “I’m honoured to be the Hull City head coach. Earlier in the season we were bottom of the league and the fans weren’t chanting my name then. Through the ups and down we’ve all stuck together.”

On his contract, Adkins added: “That should get resolved soon, I’ve had a couple of good meetings.

“Whether I’m here or not it’s important you’ve still done the right things for the football club to try to progress.”

But referee John Brooks, who had initially allowed the goal to stand, spoke to his linesman before disallowing the effort for handball in the build-up.

The same linesman flagged Matt Taylor offside but he failed to get a touch to Brownhill’s header which he contested with Markus Henriksen and this time referee Brooks gave the equalising goal despite initially ruling it out.

Adkins thought Brooks had made the right decision over the Robins’ equaliser, saying: “I’ve just watched them both back. The first one is a clear handball.

“The final one for them their player has headed it and the linesman thinks (Taylor) has touched the ball. The referee thinks he hasn’t touched it.

“I have had a look at the video and it might have touched his sock. I think the equalising goal the referee has made the right decision.”