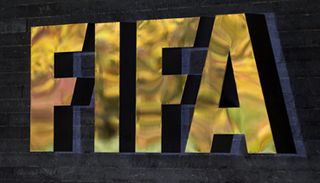 England, and to a lesser extent Scotland, Wales and Northern Ireland, have had a love-hate relationship with FIFA from the time it was formed in 1904 and none of them were among the founding fathers.

This has been due partly to the permanent vice-president's seat on the executive committee that Britain enjoys, but that seat is to be handed back at the Congress in Mauritius.

The affable Jim Boyce of Northern Ireland will be the last British vice-president and he is not unhappy about the change.

"The time has come, it was a bit of an anachronism, but I do not think our influence will be diminished in the slightest," he said.

FIFA has six vice-presidents and the removal of the British one should go some way to placating nations who have long regarded Britain, and the English in particular, with suspicion.

The English Football Association, the world's first, was founded in 1863, some 41 years before FIFA, and is celebrating its 150th anniversary this year.

The British associations collectively dismissed the idea of joining FIFA at the outset and the repercussions of this aloofness still resonate to this day.

Two years ago at the Congress in Zurich, FIFA vice-president Julio Grondona of Argentina called the English "pirates" after they attempted to delay the election of Sepp Blatter as president for a fourth term.

A number of delegates took the floor to berate the English for suggesting the vote should be delayed because Blatter was standing unopposed in the wake of Qatari Mohamed Bin Hamman's withdrawal from the presidential race.

The guaranteed vice-presidency was written into the statutes in 1946 when the four nations rejoined FIFA after they had left in the 1920s in a row over players' payments.

They returned in the immediate aftermath of World War Two when Stanley Rous, then general secretary of the English FA and later the president of FIFA, promised the impoverished world governing body all the gate receipts from a Britain v Rest of the World match in Glasgow.

That helped put FIFA back on its financial feet and, in return, Britain were handed the seat.

Like Boyce, English FA chief executive Alex Horne is not upset over the handing back of the seat. "It is perhaps a long overdue move and we are happy about it happening," Horne told Reuters.

"What is far more important to us now, is that we continue to have a major influence in the International Board.

"There are also other positives in handing over the British vice-presidency to a European representative through which we still hope to have a say on the top table."

In other words, the British nations will continue, along with FIFA, to keep a controlling hand on the laws of the game that was invented and nurtured in Britain through the International Football Association Board (IFAB).

The seat's return is one of a number of changes that will become part of a new FIFA statute book being written once the dust has settled after the Congress on this tropical Indian Ocean island.