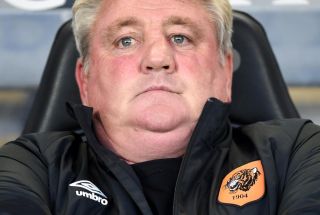 Hull's foray into Europe came to an end at KC Stadium, exiting on away goals despite beating Lokeren 2-1 in the return leg courtesy of Robbie Brady's brace.

Last season's FA Cup runners-up lost the opening leg 1-0 at the Daknamstadion in Belgium and it proved costly as Lokeren benefited from the away goals rule after the tie ended 2-2 on aggregate.

Speaking post-match, Bruce lamented the scenario as Hull narrowly missed out on a spot in the group stages.

"To go out the way we did is the worst, on away goals, but that's what playing in Europe is like. It's a totally different ball game and we didn't get to grips with it," said Bruce.

"We've won the match and gone out on the rule, but if we're being honest we didn't play to the levels I expect.

"That's the disappointing thing, even though we won the game. It's gone too quick for everyone but it's not to be, so we move on."