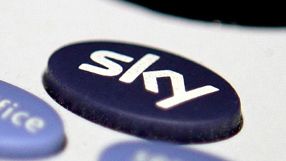 Better known for covering news in the Middle East, Al Jazeera has recently expanded aggressively in French football rights, prompting speculation it wanted to cross the Channel to muscle in on the Premier League.

The outcome of the looming contest will be deeply significant for the bidders and for the Premier League's member clubs, who have reaped millions of pounds from the sale of rights to broadcast their top stars in action.

BSkyB has had the lion's share of domestic Premier League rights since the competition was launched two decades ago, the two enjoying what one former Sky executive called "one of the great corporate romances of our time".

However, that love does not come for free.

BSkyB paid 1.6 billion pounds for a three-year deal signed in 2010 which allows it to show 115 live matches in Britain each season. U.S. sports broadcaster ESPN paid around 180 million pounds to show 23 live games per year.

The Premier League also cashes in on the global appeal of clubs like Manchester United, Liverpool and Chelsea, raising more than 1.3 billion pounds for overseas rights over three years, far exceeding what other European leagues earn.

The 20-club Premier League was expected to issue tenders in the next week or two for rights from 2013. BSkyB will face a tricky choice on how to pitch its bid in a blind auction.

"The Premier League needs the market to think that Al Jazeera is coming in order to make others bid higher," said Simon Johnson, a consultant with the Sports & Media Group at lawyers Charles Russell.

"Al Jazeera are ambitious, wealthy and acquisitive, but as of now they have concentrated all their efforts on buying rights in France," he said.

BSkyB declined to comment, while Al Jazeera could not be reached for comment. ESPN indicated it wanted to retain rights.

"Like many around the world, we're fans of the Premier League and would love to continue bringing it to fans in the UK as we do in many countries around the world," said an ESPN spokesman. "We're awaiting details of the rights tender and look forward to participating in the process."

In Germany, Sky outbid a deep-pocketed rival in the shape of telecoms group Deutsche Telekom. It will pay an annual 485 million euros for live rights across all platforms in an overall agreement that gave a delighted German league a 52 percent increase on the previous one.

"The specifics of the German broadcast market are different to the UK market. What the German auction did show was the continued importance of top flight football to pay TV operators," said Austin Houlihan, a senior consultant in the sports business group at Deloitte.

Commentators wonder whether the time is right for Al Jazeera to challenge dominant player BSkyB head-on in a market where it has no experience of covering major sports.