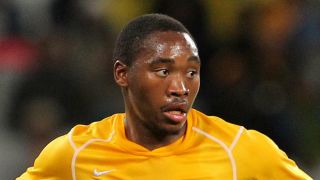 Mamelodi Sundowns breathed life into their faltering CAF Champions League campaign with a 2-1 win over Togo Port that lifted them off the floor of Group C.

Beaten 1-0 when the teams met 10 days earlier, the South African powerhouse bounced back to record their first victory in four matches.

Gaston Sirino and Sibusiso Vilakazi set the platform by putting the hosts two clear inside the opening 15 minutes and they retained that lead until Kokou Kloukpo halved the deficit in the 87th minute.

Sundowns, champions in 2016, ultimately did enough to secure a result that moves them level on five points Horoya and Wydad Casablanca, with Togo Port two points off the pace.

The picture is clearer in Group D, where Etoile du Sahel booked their place in the quarter-finals by easing past Mbabane Swallows 2-0 courtesy of goals from Maher Hannachi and Slim Ben Belgacem.

The visitors were on course for a vital three points when John Ching'andu gave them a surprise 67th-minute lead, only for Angola international Geraldo to draw Primeiro level in the final minute of normal time.

And they incredibly snatched three points in the eighth minute of added time, Bobo Ungenda the hero with a header that put his side in pole position to advance.