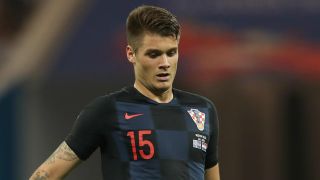 He played a crucial role in Salzburg's march to the Europa League semi-finals last season, playing 15 times, before his side were eventually eliminated in controversial circumstances by the club he has now joined.

Numerous other teams were said to be in for him, with Sevilla making no secret of their interest, and the LaLiga club reportedly launched a last-minute bid in an attempt to make him their replacement for Clement Lenglet, who joined Barcelona.

But Marseille got the deal over the line and the defender – who made one appearance for Croatia at the World Cup in their run to the final – has signed a five-year deal.