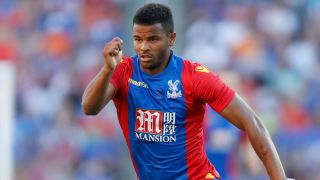 Crystal Palace rounded out their pre-season tour of the United States and Canada with an entertaining 2-2 draw against MLS outfit Vancouver Whitecaps.

English striker and substitute Fraizer Campbell netted a second-half brace for the Premier League side in Vancouver on Tuesday.

After drawing with Philadelphia Union and defeating FC Cincinnati in USA last week, Palace manager Alan Pardew experimented with a 3-5-2 formation at BC Place, while the Whitecaps made nine changes to the team that drew 2-2 against Orlando City on Saturday.

New Palace recruit Andros Townsend, Jason Puncheon and Damien Delaney all had opportunities to break the deadlock for the FA Cup finalists in the first half as scores remained level at the interval, despite Vancouver's Erik Hurtado going close.

The Whitecaps eventually opened the scoring five minutes into the second half via former Newcastle United and Burnley defender David Edgar, triggering a flurry of goals.

Campbell equalised in the 62nd minute before putting Palace ahead three minutes later.

A goal-saving block from Delaney and goalkeeper Julian Speroni kept the Whitecaps at bay until Kendall Waston restored parity 13 minutes from time.