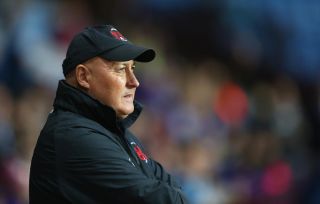 The 53-year-old has been widely expected to succeed Ole Gunnar Solksjaer at the Cardiff City Stadium since resigning from his post at Leyton Orient on September 24.

Slade, who spent four years at Orient, has reportedly been working for Cardiff on a consultancy basis since leaving Brisbane Road.

And the former Yeovil Town boss has now formally put pen to paper on an undisclosed deal in South Wales.

"We have a large squad and it's [about] more than putting out the best 11 players on paper.

"We need the best group of players out there with the right balance and chemistry.

"It's now about building a relationship with the players and installing a strong ethos and work ethic.

"That's what I want us to take onto the pitch every week."

Cardiff have made an underwhelming start to the Championship season following their relegation from the Premier League, sitting 15th after taking just 13 points from their 11 fixtures so far this term.