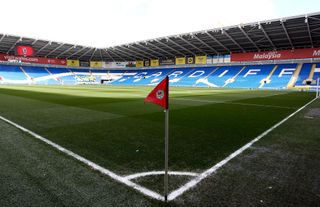 Reports on Friday suggested Cardiff owner Vincent Tan had written to the league's chief executive Richard Scudamore calling for an investigation into the incident, which is alleged to have occurred prior to the Welsh club's 3-0 home defeat to Palace on April 5.

Moody said he sought to get as much information as possible on Palace's opposition but insisted his work crossed no boundaries.

"That is untrue, completely untrue. Absolutely not - not under any circumstances," he told The Sun.

However, the Premier League have now confirmed it will be looking into the issue.

Cardiff, who are also said to be taking action against two employees over the incident, currently sit three points adrift of Premier League safety.