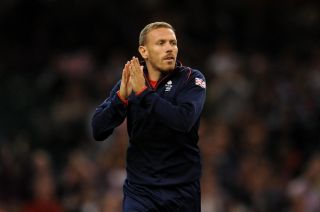 Cardiff insist the investigation into bullying claims against youth coach Craig Bellamy is ongoing and dismissed reports that the former Wales international has been sacked.

It was reported on Tuesday night that Bellamy would lose his post with the Bluebirds following allegations of bullying, intimidation and xenophobia by an academy player.

But Cardiff issued a statement on Wednesday morning, saying: “The investigation is ongoing and no formal decisions have been taken.

“There will be no further comment until the investigation process is complete.”

Bellamy won 78 caps for Wales between 1999 and 2013 and played for Liverpool, Manchester City and Newcastle among others during a colourful career.

In a statement released to Press Association Sport in January, Bellamy said he had stepped down from his position as Cardiff Under-18 coach while the club conducted its investigation into the claims made against him.

“Obviously, I am saddened both by the allegations and the manner in which they were made and I categorically refute them,” Bellamy said.

“I fully expect to return to my coaching role and have sought legal advice as to my position.”

If Bellamy is to return to his role, it is likely to be after he embarks on an education in communication programme – something the 39-year-old is understood to be prepared to undertake.

Bellamy was a regular pundit on Sky before the bullying allegations were made at the start of the year and the investigation launched.

But Bellamy has not worked for Sky since and the broadcaster will review the situation following the club’s findings.