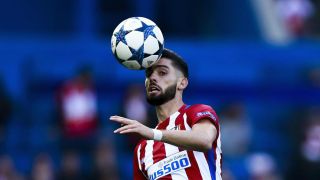 Yannick Carrasco, Nicolas Gaitan and Jose Fonte had debuts to forget as Dalian Yifang were thumped 8-0 by Shanghai SIPG on the opening matchday of the Chinese Super League.

The high-profile trio all made surprise moves to the club recently but endured a torrid start to life in China as their Oscar-inspired opponents ran riot.

The former Chelsea midfielder netted a hat-trick to start his season in style, with Wu Lei also scoring a treble.

Oscar’s compatriot Hulk and Lu Wenjun were also on target in the resounding victory at the Shanghai Stadium.

Fonte joined the China League One champions from West Ham, while Carrasco and Gaitan both joined from Atletico Madrid.

. and will join Dalian Yifang on a permanent deal.Best of luck in China!February 26, 2018