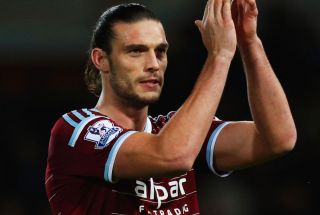 Carroll had not featured since May because of a heel problem, but was brought on as a late substitute as Sam Allardyce's men were held to a 0-0 draw by Villa.

The former Newcastle United and Liverpool man came close to marking his comeback with the winning goal, only to be frustrated as a flying one-handed save from Brad Guzan kept out his injury-time header.

Despite being denied by the Villa goalkeeper, Carroll was understandably thrilled to come to the end of his long road to recovery.

"I was edging to get on a bit earlier, but the gaffer saved me for the last five minutes. I had a great chance and the keeper pulled off a great save.

"I had to make sure it was 100 per cent before I started doing anything. I had a couple of weeks after the surgery where I could not do anything, even go to the gym.

"With me being active, that was more annoying than anything. Getting back in the gym, working hard, training and getting on the training pitch again is a great feeling, but getting out on the pitch again at Upton Park is even better."

The point moved West Ham up to fourth in the Premier League table and stretched their unbeaten league run to five matches.

And Carroll was quick to praise his team-mates for their performances in his absence.

"We have been playing really well and winning games we probably did not expect to," he added.

"The crosses which have been coming in from out wide have been fantastic and the lads have been getting on the end of them.

"We have a quality squad this year and it shows in the games."