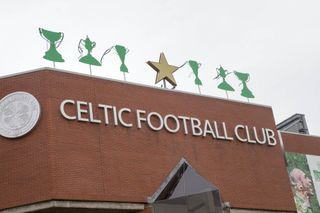 Celtic made an £8.7million post-tax profit last season despite losing about £18million in revenue, according to the club’s financial results.

Failure to qualify for the Champions League group stages hit Celtic’s income while operating costs including the wage bill were broadly similar.

Group revenue for the year to June 30 fell to £83.4milllion while post-tax profits halved in relation to the previous season.

Celtic made a surplus on transfer dealings, mainly due to the then record sale of Moussa Dembele to Lyon for almost £20milllion.

Their transfer spending was £6.2million, down by just over £10million from the previous financial year, when they bought Odsonne Edouard for a club-record fee of about £9million.

Chief executive Peter Lawwell said in the club’s financial statement: “The level of competition in European football continues to intensify, increasing the uncertainty connected with qualification and progression within UEFA competitions.

“The club’s long-term strategy enables the board to continue to invest in player retention, player recruitment, stadium infrastructure and everything that is needed to develop the club for future generations and to continue to deliver success, notwithstanding the failure to qualify for the group stages of the UEFA Champions League.

“The board continues to be committed to investing in our football operations and the creation of a world-class football club, not only in transfer fees and player wages (which continue to be subject to hyper inflation), but also on football management, coaching, recruitment, medical, performance, sports science and the youth academy.

“During the period, despite the 17.9 per cent reduction in revenues we maintained a very high level of investment in total labour costs of £56.1m.”

Chairman Iain Bankier added: “The financial results for the year demonstrate the robustness of the group’s strategy of investment in football operations, whilst maintaining a self-sustaining financial model.

“This continues to provide a stable platform for football success and shareholder value.”