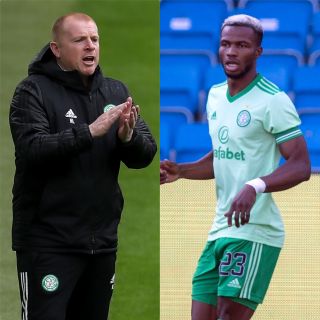 Neil Lennon has criticised “rogue” defender Boli Bolingoli after his “baffling” decision to fly abroad caused Celtic’s next two matches to be postponed.

The Belgian admitted he was “guilty of an error of judgement” after playing in Sunday’s 1-1 draw against Kilmarnock despite having recently returned from Spain without quarantining.

Lennon admitted that it would be “very difficult” for the now quarantined Bolingoli to be welcomed back into the fold at Parkhead.

“I am livid; total betrayal of trust,” he said. “He took a flight to Spain on the Monday and flew back on Tuesday – one day in Spain, no logic to that – and decided to keep it to himself.

“We couldn’t have done any more as a club to maintain the standards.

“This is a rogue who has gone off tangent and decided to do something very, very selfish.

“He trained all week in this bubble and was part of the squad for Sunday and put everybody at risk, the Kilmarnock players and staff as well.

“We were livid and appalled. We have been bitterly, sorely let down by the selfish actions of one individual. He blatantly disregarded instructions.

This latest controversy follows the postponement of Aberdeen’s visit to St Johnstone after two of their players tested positive for Covid-19 and a further six were instructed to self-isolate following a night out.

Celtic and Aberdeen have both had their next two games called off by the Scottish government, with First Minister Nicola Sturgeon saying football was being shown a “yellow card”.

The Premiership champions were due to visit St Mirren while the Dons were scheduled to face Hamilton on Wednesday night, before the pair were slated to meet each other on Saturday.

Celtic’s Champions League qualifier at home to KR Reykjavik next Tuesday is not in danger, the PA news agency understands.

🗣️ NL: "We have apologised to all of the other clubs in the division and the footballing support as a whole. Discipline will be a club decision and we'll deal with that in the strongest possible terms."— Celtic Football Club (@CelticFC) August 11, 2020

Lennon continued: “I couldn’t disagree with anything that the First Minister said today in terms of club responsibility. We apologise to all the other clubs in the division and in the football support as a whole.”

The former Celtic captain believes he was subject to a double deception by Bolingoli.

He said: “No question. One for going and two for not reporting that he went. He put all that at risk and never told a soul. The players didn’t seem to know anything about it. The reaction of the individual is just baffling.”

Lennon described the decision to call off the next two Celtic games as “fair” but believes it would be “catastrophic” for the game in Scotland to be brought to a halt again.

He said: “We have had a major blow to the game already with the lockdown.

“Obviously the other leagues haven’t even started yet but to stop altogether, I don’t know how the recovery process would be or how long it would be.

“I am relieved. I am glad that football is continuing. Unfortunately for us and Aberdeen, we have to miss out on the next two games.”

Celtic remain in talks with West Ham striker Albian Ajeti while discussions with former Scotland forward Steven Fletcher have halted, but a potential deal is not dead.