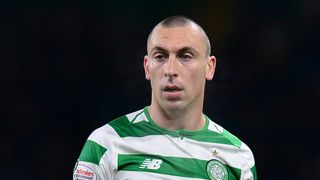 Celtic captain Scott Brown has signed a two-year contract extension that will keep him with the Scottish giants until 2021, the club have announced.

Brown, who has won eight league titles since joining the club in 2007, agreed the new deal on Thursday.

The combative midfielder will now have a chance to add to his 506 club appearances and he is thrilled to be staying at Celtic.

"Celtic has been such an important part of my life for a long time now, since I joined the club back in 2007, and this really is home for me.

"My focus, as always, will be on doing everything I can to deliver more success to this club in the months and year ahead, and in particular for our wonderful fans, who have given me amazing support from the moment I first pulled on the Hoops."

Captain. Leader. Legend. #CelticFC are delighted to announce that @ScottBrown8 has signed a new 2-year contract extension with the club! #GR8SCOTT