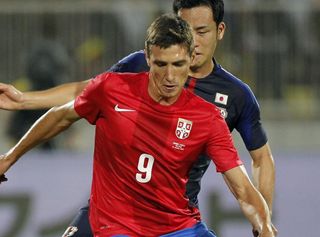 A host of European clubs are said to be chasing the services of the 24-year-old striker and Celtic appear to have joined the race.

Delia was quoted as saying on Sky Sports: "We are looking for a bigger striker and he is one of the options.

"We are looking for a target man who can be good with crosses.

"We have good strikers but they are similar. We need different things."