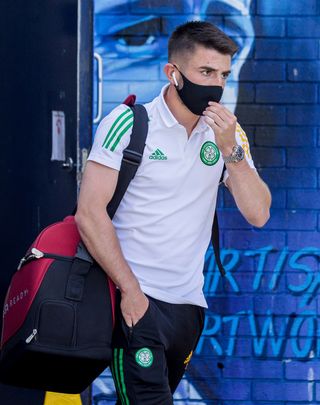 Celtic defender Greg Taylor knows there is no room for error in Tuesday night’s Champions League qualifier against KR Reykjavik.

Alterations to the qualification criteria mean the first three rounds for the Hoops will be one-legged ties.

If, as expected, Celtic beat the Icelandic outfit in the first qualifier, they will meet either Djurgardens or Ferencvaros next week.

“The onus is on this 90 minutes and you can’t afford to make any mistakes in this game or you’ll be out,” said the Hoops left-back.

“We know we need to go and get the job done during the 90 minutes.

“The gaffer’s made it clear he wants us to qualify and tomorrow’s the first chance to progress.

“European football is so important for Celtic. On the whole, the European campaign last season was a success. It was disappointing to go out to Copenhagen.

“We had a poor second half in the second leg and that was the only dampener on that European campaign.

“This is the Champions League qualifiers and that’s what we want to qualify for.”

He said: “It has been exciting but if you are on the end of a defeat, I am sure it is pretty hard to consume sometimes.

“They have been throwing up a lot of strange and different types of games.

“I much prefer the two-legged ties but we know what we have to do and we know what lies ahead if we negotiate Reykjavik.”