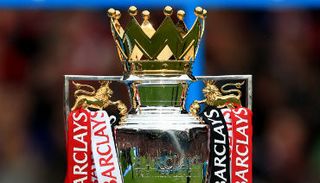 United, kicking off their league campaign without Sir Alex Ferguson in charge for the first time since 1986, were handed a tricky opening five matches in fixture lists published on Wednesday.

They host Chelsea, with Jose Mourinho back in charge for the second time, on August 24 before Moyes makes a return to Merseyside with a game at Anfield against old foes Liverpool on August 31.

The champions then take on promoted Crystal Palace before making the short journey to the Etihad Stadium for the first Manchester derby against last year's runners-up with their new Chilean manager on September 22.

The return Manchester derby at Old Trafford is scheduled for March 21.

"Lively start to the season! Let us at them," declared United defender Rio Ferdinand on Twitter.

Chelsea, third last season behind the Manchester clubs, start at Stamford Bridge against newly promoted Hull City with Frank Lampard hoping to make a record 18th appearance in an opening fixture of a Premier League season.

The West Londoners then host Aston Villa after their trip north to United.

Everton, with Roberto Martinez stepping into Moyes's shoes, start out at Norwich City before hosting Chelsea as their fourth match of the season. They visit Manchester United on December 3.

Liverpool start the season at home to Stoke City, now under the leadership of Mark Hughes, while Arsene Wenger's Arsenal are at home to Aston Villa at Emirates Stadium.

Promoted Cardiff City travel to West Ham United while Crystal Palace mark their return to the top flight with a home match against Tottenham Hotspur.

The first Welsh Premier league derby between Cardiff and Swansea is due on November 2 at the Cardiff City Stadium with the return fixture on February 8.

The season ends on May 11, when Manchester United are at Southampton, Chelsea travel to Cardiff, Arsenal visit Norwich and Manchester City host West Ham.

The FA Cup final has been moved back to after the end of the league season with the match scheduled for May 17.

Premier League match breaks for the 2013/14 campaign are available now at Thomas Cook.