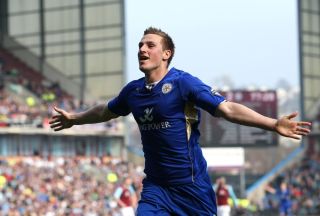 Nigel Pearson's Championship leaders have enjoyed a magnificent campaign and sit 16 points ahead of third-placed QPR with seven games remaining.

The Midlands outfit, who have endured a 10-year absence from the top flight, were held to a 2-2 draw by Wigan Athletic in midweek but will seal a return to the Premier League if they avenge December's defeat at Sheffield Wednesday, QPR lose to Bournemouth and Derby County fail to beat Middlesbrough in Saturday's games.

Meanwhile, second-placed Burnley will look to boost their own promotion hopes by beating Watford, but travel to Vicarage Road without their two premier striking threats.

Sam Vokes ruptured the anterior cruciate ligament in his left knee during last weekend's 2-0 defeat to Leicester and joins Danny Ings on the sidelines.

The duo have combined for 40 league goals and manager Sean Dyche is keen for someone to come in and fill the void.

"As ever, our team mentality remains focused and this represents another opportunity for someone to come and make a continued contribution in the closing weeks of the season," Dyche told his club's official website.

QPR's trip to Bournemouth presents a considerable test for the London side, whose manager Harry Redknapp returns to face a club he managed between 1983 and 1992.

Bournemouth have moved to within five points of sixth courtesy of three straight league victories, having scored eight goals in the last two matches.

Derby are a point behind QPR in fourth and visit Middlesbrough, who won for the first time in five matches last weekend.

Wigan, who sit fifth, host a Leeds United side in limbo as they await a verdict on the appeal submitted by Massimo Cellino after his takeover bid was blocked.

Reading, the other team currently in the play-off places, head to Charlton Athletic, and managerless Nottingham Forest meet Millwall in two games between sides battling at opposite ends of the table.

Yeovil Town could move off the bottom by completing a double over fellow strugglers Blackpool, having edged the Lancashire club 1-0 in December.