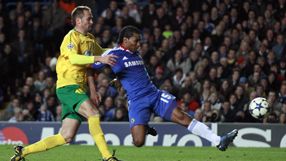 Beaten 3-0 by Sunderland at Stamford Bridge on November 14 in their biggest home loss in nearly nine years, Chelsea travel north to the Wearsiders' bitter local rivals.

With second-placed Manchester United and third placed Arsenal at home to Blackburn Rovers and away to Aston Villa respectively on Saturday, the injury-depleted champions will probably need to win to return to the top come Sunday.

That would go down well in Sunderland, who are at Wolverhampton Wanderers on Saturday, but it will be no easy task. The misfiring West Londoners are going through something of a domestic crisis after losing three of their last four league games.

They were also dumped out of the League Cup 4-3 by Newcastle at Stamford Bridge in September.

Ancelotti is under pressure and will need no reminding that Newcastle also thrashed Sunderland 5-1 in October, even if they lost by the same scoreline to Bolton Wanderers a week ago.

If Chelsea lose, it will only add fuel to Tottenham Hotspur manager Harry Redknapp's recent assertion that this year's championship race looks wide open with the big three no longer as dominant.

After years in the shadow of Manchester United, Arsenal and Chelsea, English football could even be turning back the clock to a distant time when any one of as many as 10 clubs fancied their title chances.

There is a long way to go yet but the evidence so far certainly suggests this could be the most open championship since the Premier League came into being 18 years ago, with Chelsea only six points clear of sixth placed Tottenham.

Sunderland, in seventh place, are in turn only six points clear of Wigan Athletic in the drop zone.

Arsenal manager Arsene Wenger, whose side have already lost three home games this season and were stunned 2-0 by Braga in the Champions League on Tuesday, said this week that every club down to Aston Villa in 13th place had a chance.

He will be able to see for himself at Villa Park in a clash of French coaches, with Gerard Houllier plotting the strategy on the home bench.

Wenger will be hoping that his former midfielder Robert Pires, who joined Villa on a free transfer this month, will be less of a headache than his ex-skipper William Gallas proved last weekend with Tottenham.

Spurs host Liverpool, a far cry from their great teams of old, on Sunday afternoon and a victory at White Hart Lane after securing their progress to the last 16 of the Champions League on Wednesday would really lend weight to their challenge.

Tottenham have Jermain Defoe back to full fitness and tipped by Redknapp as a key player in the battle ahead.