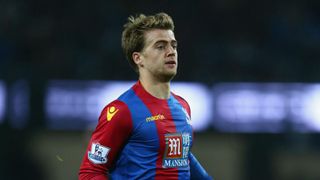 Crystal Palace have confirmed the end of Patrick Bamford's loan deal from Chelsea after the striker labelled his stint at Selhurst Park as "terrible".

The England Under-21 international moved to Palace on a season-long deal in July but found first-team opportunities difficult to come by under Alan Pardew.

Following Palace's 0-0 draw with Swansea City on December 28, Bamford stated his intention to end the deal early, telling reporters: "It has been terrible. No one wants to sit on the bench and not play."

Bamford later apologised for his remarks, saying they were taken out of context, but the 22-year-old has now returned to Stamford Bridge.

A host of Premier League clubs and Championship leaders Middlesbrough are reported to be interested in signing Bamford - who has previously spent time on loan with MK Dons and Derby County.