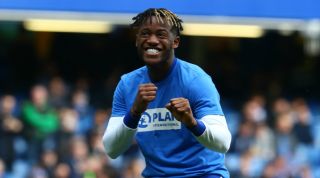 Lionel Messi's doppelganger from Iran is a sight to behold

Video: Foggia celebrate promotion to Serie B in peculiar fashion

ArsenalFanTV has been a regular topic of conversation this season as the pressure surrounding manager Arsene Wenger has increased.

With it, Gunners fan 'Troopz' has become something of an internet sensation thanks to his penchant – skill, even – for squeezing the words "blud" and "fam" into every sentence.

Troopz called out Belgium international Batshuayi on Sunday, warning the 23-year-old and his Chelsea team-mates to expect defeat against Arsenal in next month's FA Cup final.

10-2, of course, was the aggregate scoreline that Arsenal lost to Bayern Munich in the Champions League last 16 this season.