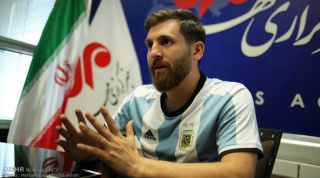 Persia's Mehr News Agency have successfully found a man who could easily fool members of the public that he is, in fact, Lionel Messi.

Perestes, who has the same hair and beard, plus scarily similar facial features as the Barcelona star, might well find himself a new line of work as a lookalike soon enough. (Just like when Jamie Vardy's 'double' did the rounds during Leicester's Premier League title-winning season, only this time while actually looking like the star in question.)

It starts to get a bit patchy from the head down, mind.