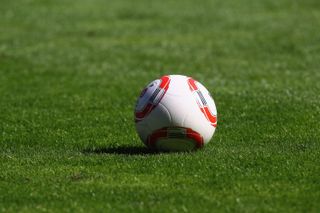 Catolica, who also started the match with two wins from two games, started the better of the two sides' as Argentine Ramiro Costa scored the opening goal on 37 minutes.

The lead held until 10 minutes after the half-time interval with Concepcion's Leonardo Monje goal bringing the home side back into the game.

Fernando Manriquez scored the go-ahead goal for Concepcion on 78 minutes and they coped with the 90th-minute sending-off of defender Diego Diaz to hold on for victory.

Palestino and Colo Colo had both won their first two games of the season going into round three but came out with score draws against their opposition.

After going 2-0 up through Roberto Gutierrez and Sergio Lopez, Palestino took the foot off the pedal to draw 2-2 at Santiago Wanderers.

Nicolas Canales pulled a goal back for the Wanderers after 52 minutes before Palestino suffered a further blow with a straight red card given to midfielder Joao Ortiz in the 69th minute.

Wanderers immediately went on the attack and forced an equaliser through Sebastian Mendez on 75 minutes but could not make their personnel advantage count to snatch the three points.

In other matches, Everton remain winless after a 3-0 loss to Rangers, Nublense secured their first win of the season with a 2-0 win over Union La Calera and Union Espanola drew 1-1 with Deportes Iquique.

O'Higgins and Audax Italiano fought out a 1-1 draw, Cobresal withstood a late challenge to defeat Universidad Chile 2-1 and Cobreloa tied 1-1 with Huachipato.