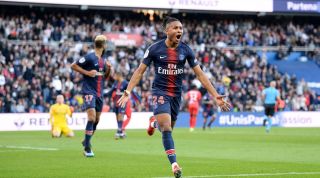 Arsenal are ready to launch a bid for PSG midfielder Christopher Nkunku this summer, write the London Evening Standard.

Le Parisien report that the Ligue 1 champions must generate over £50m from player sales by the end of June in order to comply with UEFA's Financial Fair Play regulations.

Nkunku is one of four players expected to depart in order to raise funds, with Arsenal keen to bring the 21-year-old to the Emirates Stadium.

Aaron Ramsey has agreed a deal to join Juventus on a free transfer and Unai Emery has identified Nkunku as a potential replacement.

Emery worked with the youngster during his time in charge at the Parc des Princes and wants to be reunited with him in north London next term.

Nkunku, who can play in a central role or out wide, is out of contract in summer 2020 and would cost the Gunners around £17m.

Arsenal's 1-0 defeat by Leicester on Sunday leaves them two points adrift of the top four with two matches left to play.

Unpopular Opinion: PSG are NOT a plastic super club, you fools