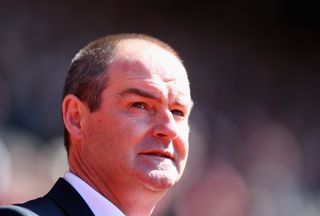 The Hawthorns outfit have been chasing the 24-year-old throughout the close-season as head coach Clarke looks to bolster his options.

It is thought that the club are eager to secure the former Swansea City player on a season-long loan deal, and Clarke confirmed that talks are ongoing.

"Beyond that, I don't know if we are close to a deal or if we are far away from a deal. There are still talks ongoing at this moment in time."

Clarke has already wrapped up permanent moves for Diego Lugano and Nicolas Anelka, while Matej Vydra and Goran Popov have come in on loan.

But he is keen to add to his squad and improve on last season's eighth-place finish.

"And if I could get three more, then I think we'd be set. I'm staying confident."

Clarke's men will open the new campaign at home against Southampton on Saturday.