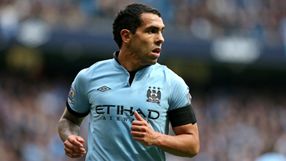 The Argentina international went AWOL for much of last year and his days at the Etihad Stadium had appeared numbered.

However, Tevez returned to the first-team fold in the latter stages of the campaign to inspire the Citizens to their first Premier League trophy in their history.

Clichy has since praised the 28-year-old and believes the striker has rediscovered his best form with the big spending Manchester side.

"He has been our best player so far this season. He's scored goals, worked really hard. He's just a great player," the France international told the Sun.

"What happened in Munich, and after, is nothing to do with me. It was between him and the boss.

"It's all sorted now. Carlos in top form would be a great player for any team. Let's hope he can carry on scoring.

"The passion he has for the game, the way he presses defenders, lifts the team - we need a player like this, so well done Carlos.

"We want players who bring something extra and he does that. He can make a big difference for us this season."

City come up against Bundesliga champions Borussia Dortmund in the Champions League on Wednesday night following a disappointing start to their campaign having succumbed to a 3-2 defeat to Real Madrid two weeks ago.

Ajax make up the Group D quartet and Clichy is determined to help his side progress to the knockout stages following their early exit last season.

"We've got four champions in our group, it's a really difficult group but we are the champions of England.

"You want to play against the best teams all the way through. It's a good way of challenging yourselves, finding out where we are.

"We feel we're progressing from last season. That was a tough group but this one is probably a bit harder. If we can play the way we know we can, everything is possible."